THEY HAD A PROBLEM - THEIR VOLUNTEERS WERE ALL GETTING OLD, AND SO DESPERATELY NEEDED NEW BLOOD. ENTER KINDLEMAN AND KLAUS VON BÜSH.

With dwindling volunteer numbers and particularly young folk, we needed a cut-through idea.

Landcare have always use 'Our volunteers do it in the bush' as an unofficial tagline, so we took that and ran with it.

Kindleman envisaged a sweaty German backpacker - Klaus von Büsh - travelling the Queensland countryside and coming across Landcare volunteers 'Doing it in the bush' - but what is 'IT'?.

We decided on a visual direction, and developed a strategy and touch points that would target the Gen-Y audience. 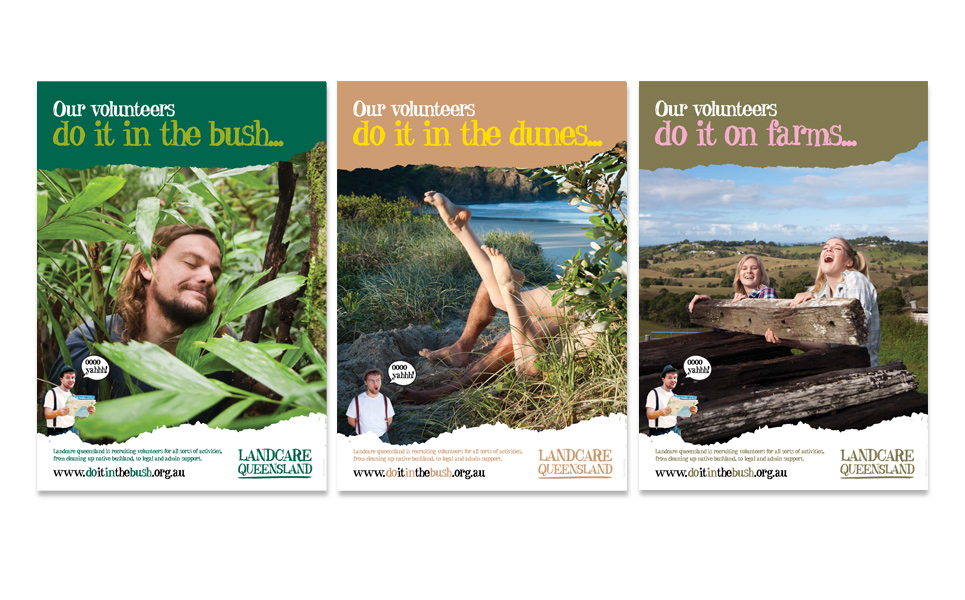 We bought some unused billboard space on the highway through South East Queensland, directing people to a website where they registered their interest and were directed to Follow Klaus Von Büsh on Facebook. 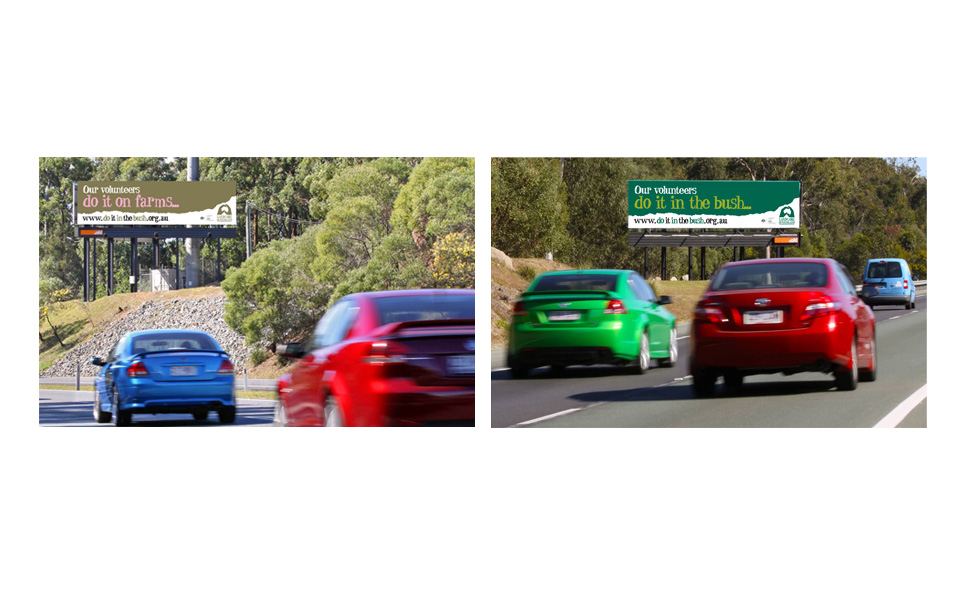 After the billboards were taken down, we began an epic virtual journey of Klaus down through Queensland. Due to budget constraints we didn't actually travel, but mapped out a path where he'd cross paths with Landcare Groups from Cape York, all the way to the Goldy.

Klaus released hilarious daily images, videos and stories from his travels and volunteering. 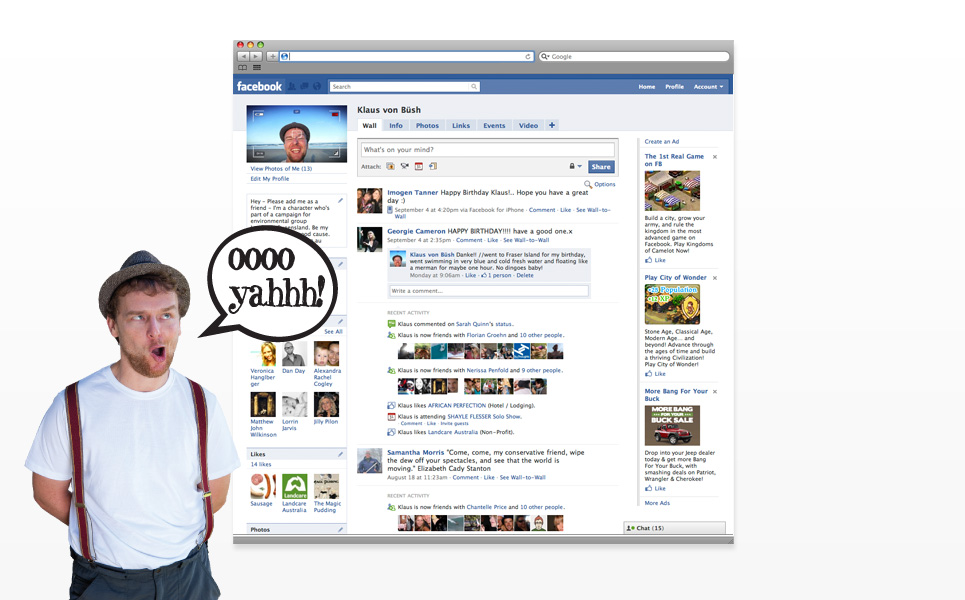 We produced a series of four 15sec videos that were central to the campaign.

Shot in southern Queensland and Northern NSW, our German traveller - Klaus von Büsh - stumbles across a somewhat vigorous energetic sexy situations. There's a moment of excited confusion where he exclaims 'OOOH YAAAA'. There's a reveal by the camera, and we see that the sexy situation is the young Landcare volunteers 'Doing it in the Bush - collecting water samples, helping on farms, pulling out noxious weeds.

The videos were hugely popular on Facebook and central to the campaign.

All the actors are Kindlefolk, our family and friends, an ex-Miss Australia, and Landcare employees. 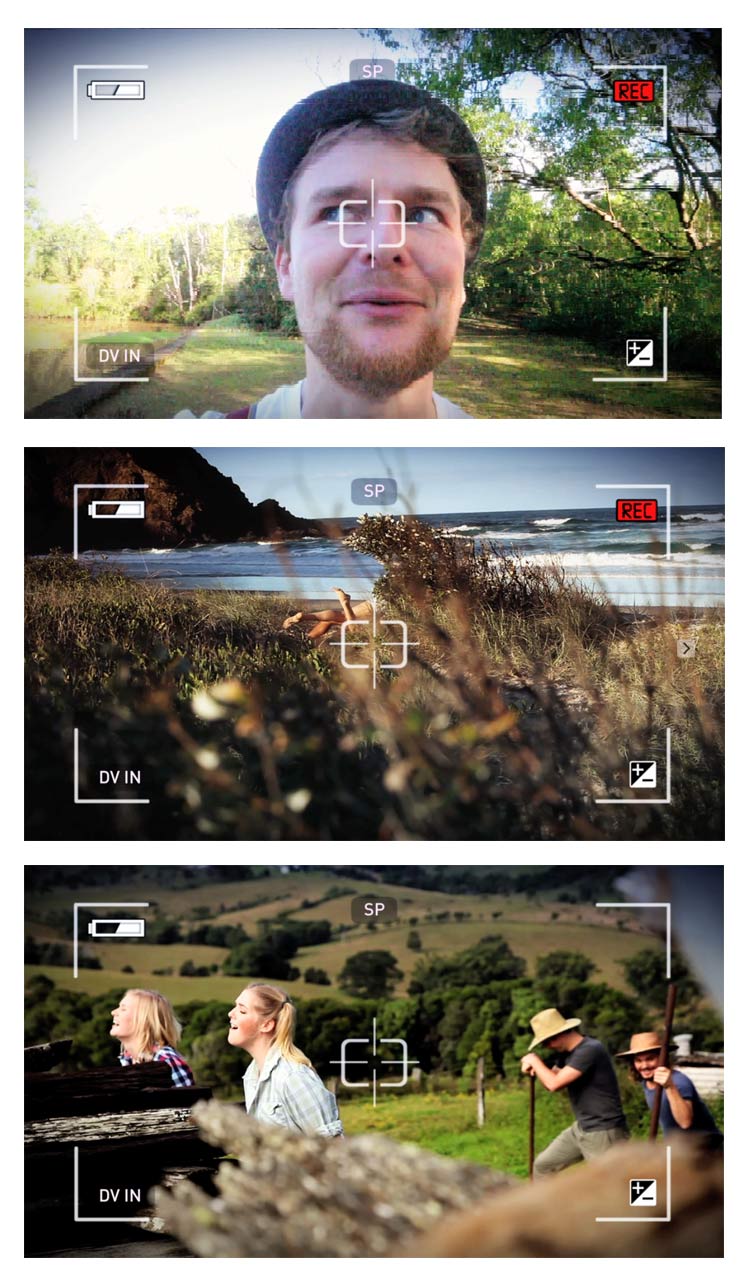 Central to the Gen-Y drop-off is that they feel like they don't want to give up their time unless it's fun. There's also a belief that Landcare just picks up garbage in urban bushland - whereas they need all sorts of volunteers.

We built an activity registration website where users were asked 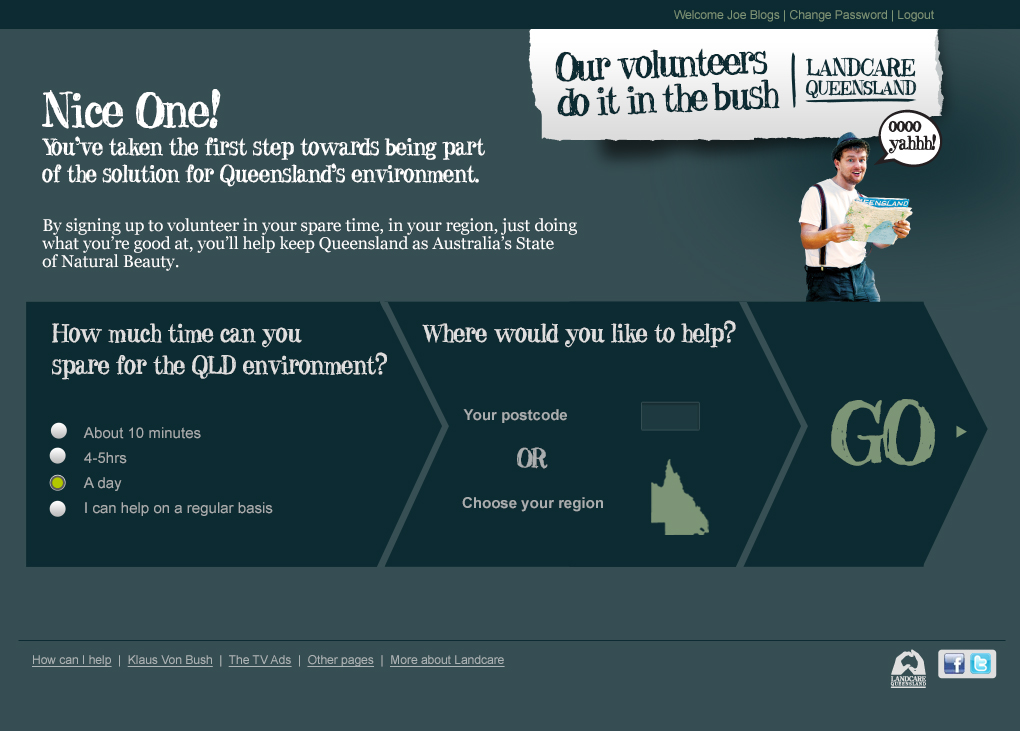 On registration, the volunteer can nominate their friends to join them - expanding the volunteering activity into a social activity.

This project was completed in 2010. 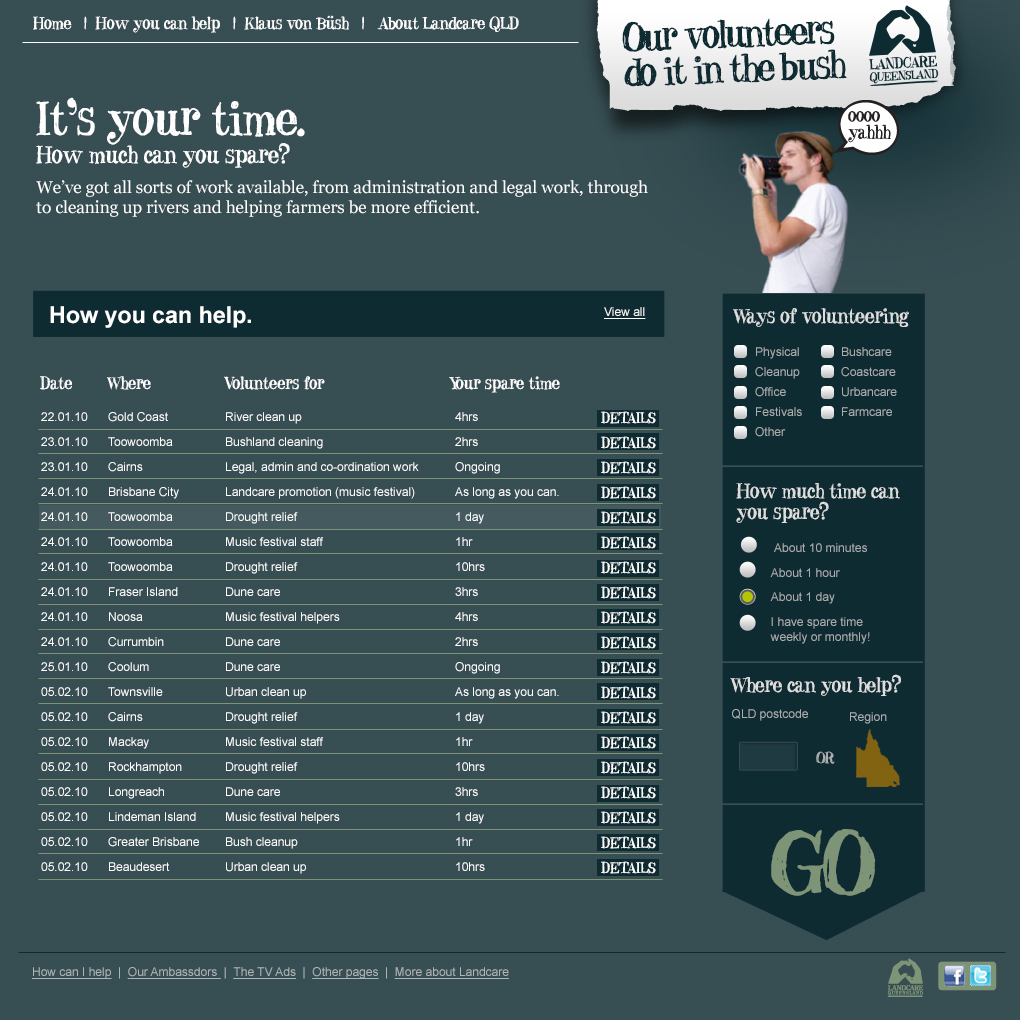 While Landcare wasn't done on a shoestring, we pulled a lot of strings to produce a big campaign within budget - something we're particularly proud of.

We'd love to hear about your project.