There's a very competent little application development shop somewhere in Blighty called Bohemian Coding. They've gotten me all excited because for the first time in my 15years of design, I have a user interface design tool that isn't made by Adobe.

You see, for all Adobe's greatness in developing computer-based design tools, they've managed to bloat perfectly good applications like Photoshop (for photo editing and effects) and Illustrator (for...well, illustrating), into 'choose whichever app you feel like, for whatever you feel like making.' There's not much specific. Piles of overlap. And the same tools work differently in different applications. They've also just decided to go with a monthly subscription for their software - which makes me think that they're running out of ideas for their bread-and-butter applications.

So after some discussion, Will points out Sketch.

Sketch is a tool which seems to be made specifically for designing webpages. Go on, try to edit a photo in it....it's impossible. It's vector-based, and anything else is imported into it. You can:

Sounds under-featured. Why is that so beautiful?

Well, because it's just the way CSS3 and content-driven websites work. We now make a lot of the linked elements and content - so the frontend devs don't have to cut them out. We can also export css styles directly from Sketch. And the ability to export at 2x-size means that everything is retina-display-ready (ie, looks good on your iPhone.).

It's super-fast in performance and intuitive to use,. It looks and feels like my Mac. And the Bohemian devs reply to my how-to emails. Oh, and I haven't found a bug yet.

Why would you care about my user interface design tools?

Well - it's quickened up the design time, and there's definitely less confusion around tiny details that are approximate or sometimes lost in translation to css. The process to making is closer to designing in the browser, so the design you're signing off on is a step closer to the end result. 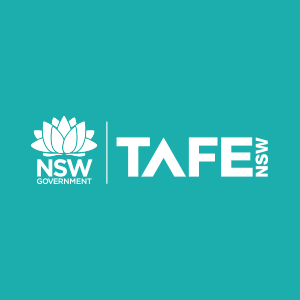 The TAFE NSW's Multi-Vendor Bookshop that came from humble beginnings.