[caption id="attachment_288" align="alignright" width="196" caption="Barack 'HOPE' poster"] Barack 'HOPE' poster [/caption] One of the most influential pieces of art to be made in the last decade would have to be the illustrated 'Hope' portrait of Barrack Obama by extraordinary illustrator Shepard Fairey. A superb addition to a long and rich history... Read More

Happy Chinese New Year and welcome to the Year of the Ox. Like its animal namesake, the Chinese believe that this year will be characterised by hard work, diligence and perseverance and that such efforts shall be rewarded with prosperity. Let's hope so. Whether or not you subscribe to the Cino... Read More

Has anyone ever read a bad one? The recently published 'Popular Penguins' series takes the books back to the their original design aesthetic. The come across as novelty items these days, but back in the 30's when they were first released they were considered modern, yet classical. (nice - cover your... Read More

muscleman1 With the year beginning, and everyone's holiday season blending slowly but surely into the 'time to get going' mode, I'd like to thank the media for giving us all something to worry about. Yes, we're in a major financial crisis. A big one. But we're all in it together. No-one... Read More

A short post for those who are multitasking - watching economies fail AND environments. I'd be pretty sure that 1 very much influences the other, we know that financial gain often comes at the risk of environmental disaster. So here's a conscientious little project which doesn't take much effort, but enables... Read More

picologo I guess when you own a record label you automatically are a cool cat. The guys at Bombora records promote the cool, easy guys we wish we could be more like - surf musicians. We've started doing a bit of design and online animation and multimedia stuff for them.... Read More

Veronika walked in a few weeks ago, told us she was in Oz for a few months on a traveling holiday, and said she was looking to learn more about web design. She rocked on her first little job, taking it away and impressing us with her keen attitude and friendly... Read More

By now many of you are already informed about the proposed Orphan Works Act being introduced to the U.S. house and senate. For those unaware, this legislation, if enacted, can effectively undermine and dismantle your existing copyright protection. Currently, copyright is granted the moment a work is created. This new Orphan... Read More 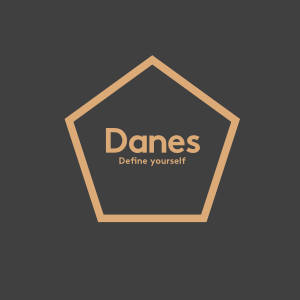