Match your interest with passion...

[caption id="attachment_409" align="alignnone" width="500" caption="The unclass model"]The unclass model[/assets/Uploads/2009/08/unclasses.jpg][/caption] 'Ever wish you had the choice to get up off the couch and spend the afternoon learning to rock climb, cook, or maybe juggle? Well, we have and that's why we came up with (un)classes. (un)classes are premised on the belief that... Read More

[caption id="attachment_369" align="alignnone" width="214" caption="Backpackers Buddy logo"]Backpackers Buddy logo[/assets/Uploads/2009/05/bbuddy_logo_rgb_yellowbox.jpg][/caption] We have been working alongside the guys behind Super Return for over 5 years now, so we were delighted when they came to us to help them re-brand and re-launch. Apart from brand development and strategy, we helped with all forms of... Read More

This week we met with the inspiring ladies responsible for some of Australia's premier art magazines. Art World Magazine[http://www.artworldmagazine.com.au/] and Australian Aboriginal Art Magazine[http://www.aboriginalartmagazine.com/] are exquistly published, graphically beautiful and truly premium quarterlies. Aboriginal Art Magazine has just been launched, and is now on the shelves of better newsagents and... Read More

The awards, hosted by Greenpeace Australia Pacific in conjunction with UniLife Inc. and the University of South Australia, were created to help raise awareness of environmental issues through innovation and creativity. Open to entrants worldwide until June 15, 2009, the brief is to design a poster that delivers the message... Read More

How to make the perfect lunch

Ingredients (all available at Coles): 2 'Sorj wholeweat' wraps - must be uber-fresh (they have an excellent new fresh bag) 1 Ripe Avocado 4 Spears of Crisp Marinated Asparagus Coles Deli Moroccan (Chickpea) Salad (there's many reasons why you'd buy the big one - not least the value for money) 6-8 Grape tomatoes (Not cherry... Read More

[caption id="attachment_340" align="alignnone" width="438" caption="Asics logo"]Asics logo[/assets/Uploads/2009/03/asics_brandmark_flat2006.gif][/caption] Asics have been given the opportunity to develop a new street wear T-shirt range and have asked us to design the first range, very exciting and we can't wait to start wearing them out in the big wide world! Thanks guys. Read More

*Google Voice*, what the hell is that you say? In one of Google’s rather low-key acquisitions, they purchased a phone start-up called GrandCentral[http://www.grandcentral.com/] (founded in 2006) for about $50 million in cash mid 2007, GrandCentral offered a seriously valuable product; “*one phone number for all your phones, for life*“. Can... Read More

Each year brandchannel.com does a huge survey into what brands are surging forward and which could do with some expert tweaking. So, just what does a man in Algeria between the ages of 40 and 45 feel about the McDonald's brand? Or what does a woman in the Philippines between the... Read More

We'd like to welcome our new web designer, Arach. He's adapted well to his new hunting grounds, and has grown to at least twice his original size (now almost as big as my pinky nail) in the last 3-4months. We thought we'd share this photo of him taking it easy between jobs... Read More

Japan’s graphic design master Shigeo Fukuda passed away last month. Fukuda created thousands of optical illusion posters — and some installations — that are so simple, clever and memorable and kept wowing the world for nearly fifty years. I had the joy of hearing him talk in Melbourne a few... Read More 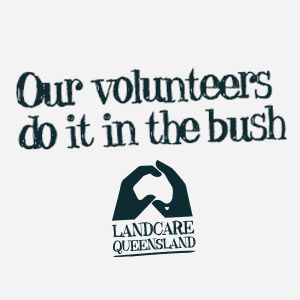