Shopify is the leading hosted ecommerce solution. It has been running for several years and boasts some impressive figures: 400,000 active stores and $34Bn sales. Shopify is big and in it for the long haul. What's a hosted solution? "Hosted eCommerce" means that your website is hosted on Shopify's servers, instead... Read More

Mailchimp is our favourite email marketing system. We use it for our client's sites as well as our own. It is nice to use, good value, has great features and great deliverability. We love it! To help us automate sending form submissions for Silverstripe's user forms module to our Mailchimp lists... Read More

Does this sound like a sales ploy? Well, it sort-of is, and it sort-of isn't. We've had a lot of requests to take over websites recently. Particularly small-businesses looking for a white knight to save their broken website from a disappeared developer. Often it's because they're not happy with the overseas developers,... Read More

We recently built out a group of websites for educational organisations in Australia for a partner company. The challenge was the client wanted the sites to be run on a single installation of Wordpress, using Wordpress multisite. The goal was to save costs and aid maintainability by reusing code for... Read More

Kindleman have been working with Aged Care providers for nearly 10 years in which time we've learnt a lot. To cut to the info, under the recent *Living Longer Living Better* reforms there are certain often legislated informational aspects that an Aged Care provider must provide on their website in relation... Read More

Getting a new website made about every 3-5 years in basically inevitable for any business staying ahead of the curve. Technology moves on extremely fast, design and UX trends change, marketing strategies evolve. Particularly for smaller business, the general expectation is that you'll get about 5 years out a website,... Read More

Getting Started With Terminal

Is terminal in your Doc? do you use it? If not you are missing out as a web professional. Learning a few commands, or at least being aware of what to look up, makes you more productive and confident on your own (Linux or OSX) machine and when working on... Read More

For simple websites you can get away with emails and phone calls for communications, a photoshop mockup and a quick build by one generalist developer who cuts up the design into html and integrates it with a CMS. That process doesn't scale though. When requirements are complicated and there are multiple stake holders, developers, SEO staff and content generators, you need a lot more structure. Read More

What we learnt from judging the Australian Web Awards 2016

Back in November I was selected for the judging panel of the Australian Web Awards. Puffy chest moment being up there with a rather stellar panel - big names, web-industry celebs and esteemed web pros. We'd entered the awards a few times in the past with some success, but hadn't entered... Read More 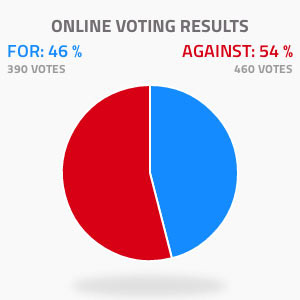 Get people to attend debating events, let them vote, and then continue the conversation online